After brekkie this morning, we said goodbye to dear Sister Lucy and set off on the short walk to Therouanne, about 15 kms. It was absolute delight spending the night at the Abbey! The sisters were so warm and accommodating, For Sister Lucy in particular, nothing was too hard. We can thank her from the bottom of our hearts for sourcing our accommodation in Therouanne…where we now are staying and also Alex, a young German girl, also staying at The Abbey…who assisted perfectly, with translation. Alex is riding her bike to Rome along the VF and hoping to take about 6 weeks. Sister Lucy, knows a smattering of English, which she loudly pronounced whenever the occasion warranted it : )

We walked just a few short kilometres, to Wizernes, where we had our first coffee stop! Many of the bars in this part of France remind me of the bars along the Camino…..a little shabby in appearance, inhabited solely by men having a chat and a quiet drink among themselves….but always without exception, ..very welcoming: )

The next 10.5 kms to Inghem, where we stopped for lunch was really lovely. The weather was fine with blue skies and very pleasant walking conditions. 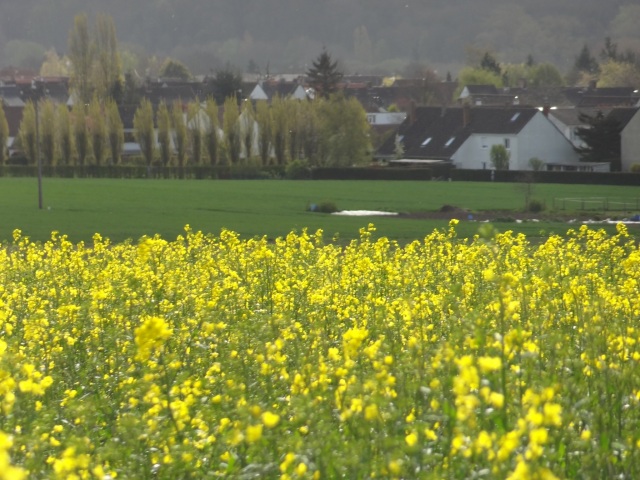 This morning the light was beautiful and the vista very special in its own right.

Just before we arrived in Inghem, where we were planning to stop for lunch…lo and behold, who should we meet but another pilgrim! Marc, was his name, and he called to us as we met at a junction in the roads. Apparently he had walked a little behind us and had heard of the 3 Australian girls who had always passed just a little ahead of him : ) Marc is from Canada but originally from Poland and is planning to walk the VF to the south of France. There is a stark comparison here between the Camino in Spain and the VF ! On the Spanish Camino with its huge traffic of pilgrims, five days into the walk we would have passed many, many, pilgrims… however in the past five days, we’ve now encountered our second! 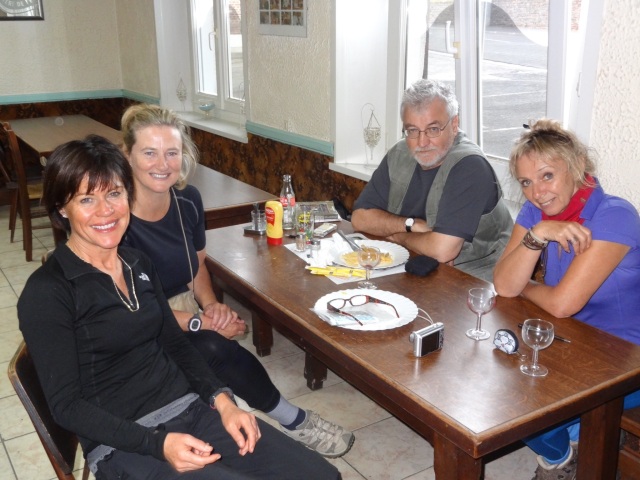 Here we are having lunch and a glass of vino at a bar in Inghem, before the final few kilometres into Therouanne.

Tonight we are staying at La Maison pres du Moulin, a really comfy little B&B. We’re all sharing a room, which in essence sleeps 2 but they’ve added an extra bed for little me!

Well…we’re off to dinner now, so I’m signing off! Tomorrow, I think we’re walking about 22 ish kms to Amettes….slowly the kilometres are melting away but many, many more to cover : )

Au revoir from France with love,

This entry was posted in La Via francigena. Bookmark the permalink.